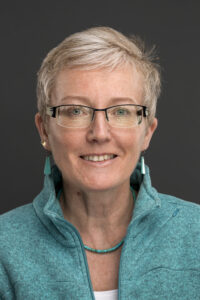 The quantification of biosphere-atmosphere greenhouse gas (GHG) exchange has significantly increased over the last 25 years. From the “early” times of EUROFLUX with a handful of flux sites, the scientific community has developed into FLUXNET, an international “network of networks”, with about 900 flux sites globally, and many dedicated projects, e.g., ICOS RI, the Integrated Carbon Observation System Research Infrastructure in Europe. Many important insights have been gained since the early beginnings, about magnitudes and drivers of fluxes, about interactions with phenology, past and current land use or atmospheric nitrogen supply, about spatio-temporal variations as well as intra-annual variabilities, to name a few. New sensors and instruments have paved the way to not only study the carbon dioxide (CO2) and water (H2O) vapor exchange of forests, but also to address the nitrous oxide (N2O) and methane (CH4) fluxes of frequently managed agroecosystems.

Agriculture considerably contributes to the increase of global GHG emissions. Hence, magnitude and drivers of temporal variations in CO2, N2O and CH4 fluxes in croplands and grasslands are urgently needed to develop sustainable, climate-smart agricultural practices. However, long-term assessments of their carbon sink strength and its drivers, particularly from croplands, are still very limited.

Within the Swiss FluxNet, a network of six long-term ecosystem flux measurement sites, we quantify GHG fluxes and their drivers for three major land-use types in Switzerland, i.e., cropland, grassland, and forest. Up to now, we have 111 site-years of flux data, all openly available, ranging from CO2 and H2O vapour fluxes from a cropland with the 2nd longest time-series globally to CH4 and N2O fluxes of permanent grasslands at different elevations. We complement these measurements with further studies, e.g., on soil carbon stocks, vegetation phenology, detailed assessments of plant ecophysiology or remotely sensed proxies.

In this talk, some highlights of past and on-going research will be presented. Based on 13 years of CO2 flux data, we investigated cropland carbon budgets and validated them using soil carbon stock changes. The strongest CO2 uptake was observed during cereal cropping seasons. However, the carbon export through harvest offset the strong uptake of the cereal crops. Net biome production, also considering carbon imports with manure applications and seeds as well as carbon exports with harvests, typically ranged between being carbon neutral to being a carbon source, which was confirmed by soil carbon stock measurements. Thus, fulfilling the 4 permille Initiative will not be possible under the current management practises, even though large amounts of organic manure were applied to the field.

In contrast, results from an intensively managed, permanent grassland in Switzerland revealed large inter-annual variations in the net biome production over 16 years, driven by management practices and environmental conditions. High C losses during sward renewal were compensated in the two following years. In contrast, during two years with extremely hot and dry summer conditions, the site developed towards a carbon source. A trend towards being a carbon source was observed in the last five years of the study, which was attributed to decreasing carbon imports in combination with extreme weather conditions. Similar to the observations in croplands, maintaining an even small grassland carbon sink will require continuous organic carbon imports.

Extending our cropland study to non-CO2 greenhouse gases, i.e., CH4 and N2O, brought quite some surprising results. Environmental and biological drivers were more important drivers for GHG fluxes than time since management for two crop species, i.e., pea and maize. For both crops, GHG fluxes between sowing and harvest were clearly dominated by net CO2 fluxes, while CH4 emissions were negligible. However, considerable N2O emissions occurred in both crops early in the season when crops were still establishing. Thus, sustainable, climate-smart agriculture needs to consider crop phenology and better adapt nitrogen supply to crop nitrogen demand for growth. This is particularly crucial during the early cropping season when competition for nitrogen between establishing crops and soil microorganisms modulates N2O losses.

As those examples showed, we have come very far within the last 25 years. The wide range of flux sites, detailed process-studies at those highly instrumented locations, combined with up- and down-scaling efforts of increasingly accurate remote sensing products, and comprehensive land-surface-atmosphere modelling, are at the very core of the development, but also the implementation and validation of climate-smart agricultural practises in the future.

Nina Buchmann is a tenured Professor of Grassland Sciences at ETH Zurich, Switzerland. She holds a PhD degree from the University of Bayreuth, Germany (with Prof. E.D. Schulze), and worked as an Alexander-​von-Humboldt postdoc fellow at the University of Utah, Salt Lake City, USA (with Prof. J. Ehleringer). During her time at the Max Planck Institute for Biogeochemistry, Jena, Germany, she headed her own research group. The main research topics of Nina Buchmann include (1) plant and ecosystem physiology, (2) biogeochemistry of terrestrial ecosystems, in particular biosphere-atmosphere gas exchange, and (3) interactions among biodiversity, ecosystem functions/services, and sustainable resource use. Among classical ecological and micrometeorological methods, she uses stable isotopes to investigate terrestrial processes. She is the National Focal Point for ICOS Switzerland and with her groups runs the Swiss Fluxnet, a network of six long-term ecosystem greenhouse gas flux measurement sites, covering all major land-use types in Switzerland (grassland, cropland, forest). Nina Buchmann published more than 340 articles and co-wrote a textbook on “Plant Ecology”. She served on many scientific and strategic committees for funding agencies, institutions, and research projects. She chaired the ESF program SIBAE (Stable Isotope in Biosphere-​Atmosphere Exchange) and initiated and also chaired the COST Action ES0806 (Stable Isotopes in Biosphere-​Atmosphere-Earth System Research). Between 2012 and 2021, she was first Vice-Department Chair of the Department of Environmental Systems Science, then Department Chair. Nina Buchmann was a founding member of the Young Academy of Sciences, and now is a member of the National Academy of Sciences in Germany. In 2018, she was elected Fellow of the American Geophysical Union, and in 2018 and 2019, identified as “Highly Cited Researcher”. Just recently, she received the Distinguished Alumni Award 2022 of the University of Utah, School of Biological Sciences.